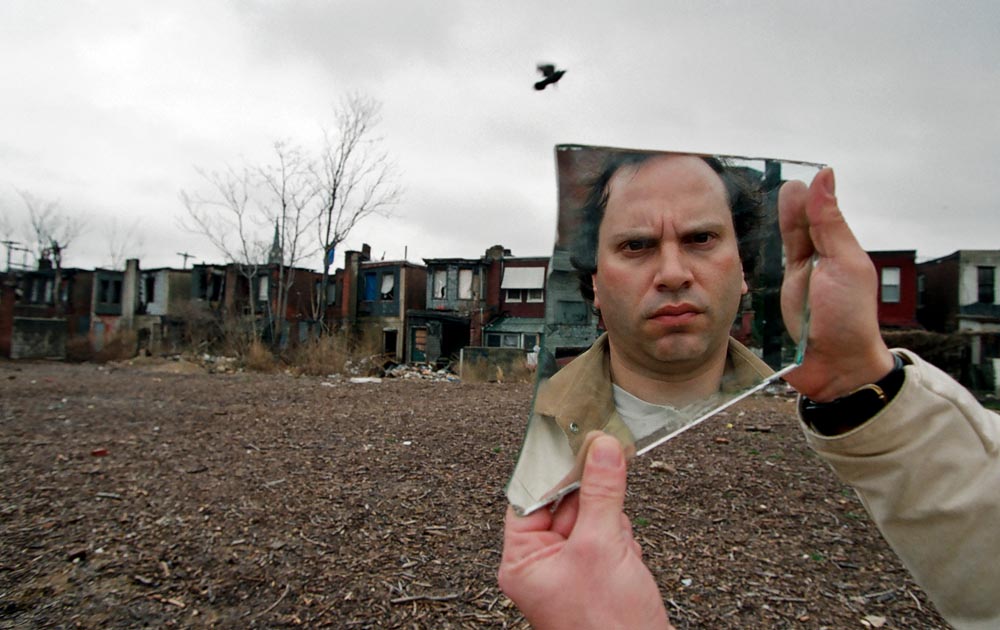 
Author Buzz Bizzinger in North Philadelphia. Bizzinger wrote "A Prayer for the City."

Barbara Johnston is currently a staff photographer at the University of Notre Dame. Johnston began her career in 1989 at The Philadelphia Inquirer where she worked for 20 years. She has covered local, national and international assignments including, 2006 Winter Olympics, Kentucky Derby, two Triple Crown Belmont Stakes and the 2008 & 2009 World Series. She traveled to Italy and Ireland for a serial story titled; “Catholic Crossroads in Europe.”

Some of Johnston's major enterprise projects include exploring the work of a Catholic Missionary Sister in Peru, high-rise window washers and the ironworkers that erected the structural steel framework of the Comcast tower.

Her work has appeared in major publications including Sports Illustrated, ESPN Magazine, USA Today, The Washington Post and The New York Times. Her work has also been published on the book cover and inside of "Millennium Philadelphia; By the staff of The Philadelphia Inquirer" and "Champions; A Look Back At The Phillies Triumphant 2008 Season."

Johnston has placed in national and regional awards including, NPPA Best of Photojournalism, Keystone Press, and Editor & Publisher, Photos of the Year.

All images copyright Barbara Johnston, The Philadelphia Inquirer and University of Notre Dame. Any unauthorized use is prohibited.